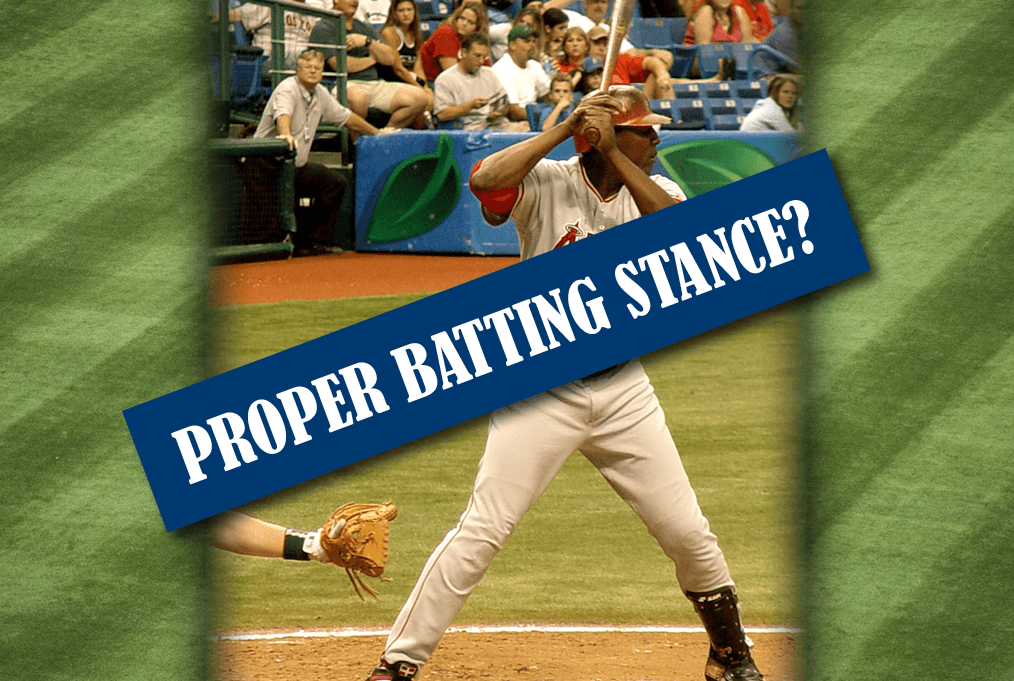 I hate to break it to you, but you don't have the proper batting stance. Nope. Sorry. You just don't have it.

Because as much as the baseball gurus, or your little league coach, or that overbearing neighborhood dad wants to tell you, there is no such thing as a "proper" batting stance.

There are weird batting stances. And there normal batting stances.​ And then there's yours, maybe somewhere in the middle. But if you're comfortable in the batter's box, then congratulations!

You... have a proper stance.

​No, of course it's not. You can't just stand there all knotted up and crazy and expect to be in a good hitting position when the ball is thrown.

You see, the crazier your stance is, the more movement you'll need to take to get back to a good, balanced, load position when the ball is being released. But as long as you can get there, you'll be fine.

As you can see, they all get to a good load position, regardless of where they start from. Even the strangest of these batting stances only lasts until the ball is being released by the pitcher, and then, everyone is more or less the same.

You're timing is more or less the most crucial part of your swing, at least in terms of being able to make contact on a consistent basis.  So, rather than focusing on how far apart your feet are in the box, or whether you have a "proper batting stance". Just focus on whether you can get into a rhythm with the opposing pitcher.

When I'm on deck, assuming that I'm loosened up, the only thing I'm trying to do is time the pitcher. Where do I need to be in relation to the pitcher's motion to put me in a successful pose to drive the ball.​

My actual batting stance has very little to do with that.​

So There Really is No Proper Batting Stance?

In my opinion, no.

But if you're a little league coach reading this, or a kid just starting out, there are a few basics to keep in mind when trying to find your comfort zone in the batter's box.

So there you go. Don't sweat about your stance. Just be comfortable, confident, and be ready to attack the baseball when you see a fat pitch right down the middle. Good luck!